Plate carrier vests are very popular also outside of airsoft. They are widely appreciated by military and paramilitary units around the world. What makes them so useful? Here’s our answer!

Plate carrier vests
Plate carriers are tactical vests used to attach and carry ballistic plates, protect the shooters body. They are often used by military units, colloquially referred to as bulletproof vests. Here’s an interesting fact - the first plate carrier vest was developed by Poles: Jan Szczepanik and Kazimierz Żegleń. The prototype of today's plate carrier was made of several layers of silk fabric, reinforced with a thin layer of sheet metal. Vests of this type were developed at the turn of the 19th and 20th centuries, quickly gaining popularity all over the world. Of course, over the years and with the development of the arms industry, they had to be modified and reinforced to provide users with adequate protection. Here’s another fun fact - before the plate became standard equipment in regular armies around the world, it was used much more often by… American gangsters! It was not until later that they began to be introduced into military use, and became a permanent staple of tactical gear after the introduction of a synthetic fiber - Kevlar - to the armaments industry. Vests of this type are also used today by the police, security and other paramilitary units.

Nowadays tactical vests constitute one of the basic pieces of equipment for a modern soldier, and therefore also for an airsoft player. Modern technologies make the plate carrier light and very functional. It’s not only perfect protection against shots, but also an ideal place to attach and carry additional equipment, e.g. radio, grenades or magazines.

Plate carrier vests find a very wide range of applications in airsoft, where reconstruction of equipment and operations of military units plays a great role. They also enjoy great popularity and good user feedback. It is true that airsoft plate carriers don’t offer absolute protection against being hit and eliminated from the game, but they reduce the risk of injury and painful shots to exposed body parts. They use dummy ballistic plates, which in this case are made of foam. However, their main advantage is the ability to carry additional tactical gear that each player must possess, such as magazines, radios or first aid kits. The use of compatible PALS / MOLLE systems allows free modification of the position of the cartridge cases, as well as adding more equipment, adjusting the solution to the individual needs of the player and the type of in-game operations. It is worth recalling that the mounting systems can also be affixed to the back of the airsoft vest, allowing to attach a backpack or a hydration system.

Airsoft plate carrier vests, however, have a quite significant disadvantage that should be mentioned. Due to their extensive design, they can restrict movement, which is quite important in dynamic airsoft scenarios, especially CQB games, fought over a short distance. In addition, the material from which they are made and the dummy ballistic plates cause overheating on hot days and increase the player's discomfort. To reduce this problem, players often take out the dummy plates in the hot seasons, in order to gain more freedom. 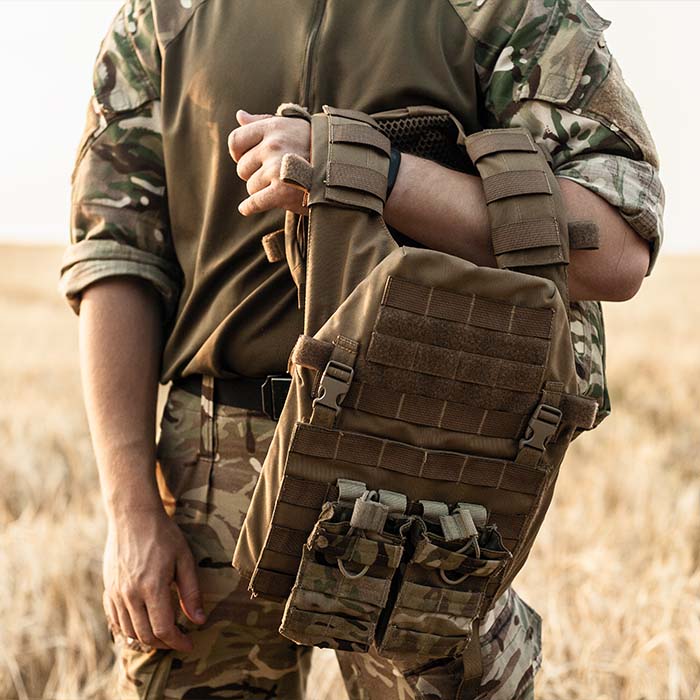 Plate Carrier vs other tactical vests

Plate carrier tactical vests are very popular even despite the aforementioned disadvantages, especially during autumn and winter. On hot days, however, the chest rig will serve you much better - a type of airsoft vest constructed of suspenders and a small module for mounting additional accessories on the stomach. The chest rig is lighter and more comfortable, but you should remember that it does not protect as well from direct shots to the body. 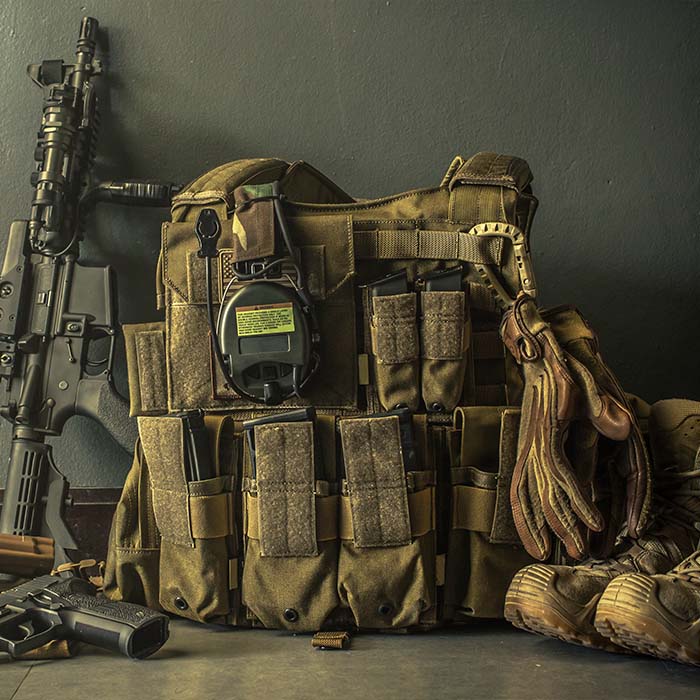 There’s also another interesting solution - the jump plate carrier (JPC). Its structure is very similar to the classic plate carrier, but it has no built-up sides. Parts of the body remain exposed, and thus not protected against painful pellet hits, but the JPC is much more comfortable, airy and does not restrict the player's movements.

The debate about which vest is the best can go on endlessly. Much depends on the type of gameplay, ambient temperature, but also on personal preferences and stylistics from which players draw their inspiration. For some a light chest rig vests will be perfect, while others will focus on protection provided by a plate carrier. 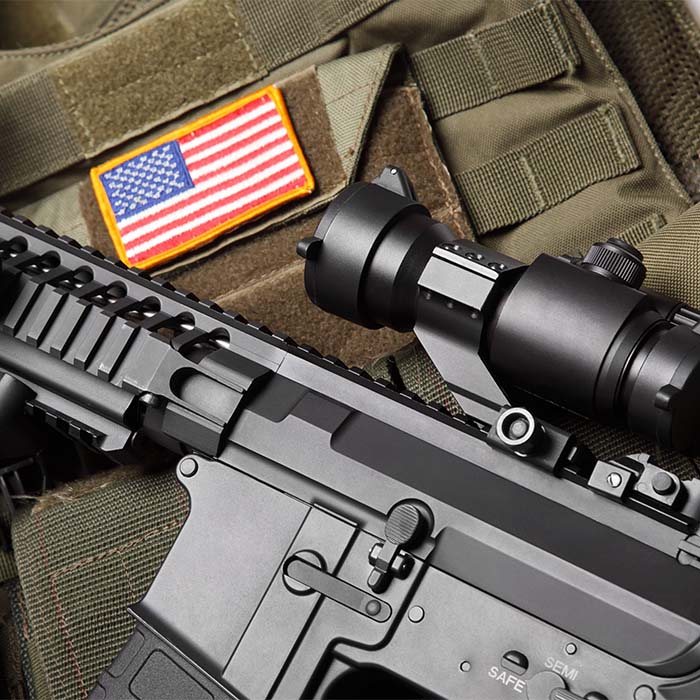 Plate carrier - the expensive piece or a cheaper counterpart?

Internet forums are bursting with questions regarding the choice of airsoft equipment. And, of course, the more users, the more opinions. When making a purchase decision, you should always consider the value for money, bearing in mind that the player's equipment is subject to really tough trials. It is worth taking into account that the purchase of inferior-quality or worn-out equipment may result in the need for its quick replacement. Of course, this is not a rule set in stone, but it’s still recommendable to choose a proven and recommended source, in order to enjoy equipment - preferably for several seasons - that not only provides an unforgettable airsoft experience, but also guarantees an appropriate level of security.

Get Updates,Discounts,Special Offers And Big Prizes!